Description: The coin depicts Bramante’s portrait, and part of Tempietto (Italian: ‘small temple’), which is a small commemorative tomb built by Donato Bramante, possibly as early as 1502, in the courtyard of San Pietro in Montorio and considered a masterpiece of the High Renaissance Italian architecture. The inscription ‘BRAMANTE LAZZARI DELLE PENNE DI SAN MARINO’ surrounds almost completely the design. At the left and right the years ‘1514’ and ‘2014’, respectively. At the bottom the initials of the artist ‘MCC’ (Maria Carmela Colaneri) and the mint mark. The coin’s outer ring bears the 12 stars of the European Union. 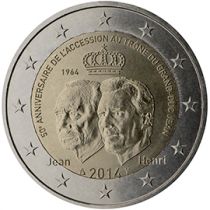 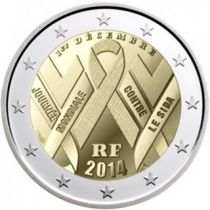